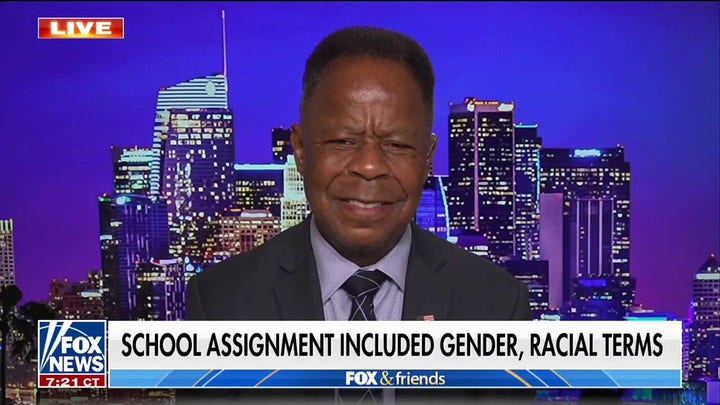 LEO TERRELL: This is dangerous. The public education system has been hijacked by the far left. I mean, education in reading, writing, and math is no longer an issue. They’re indoctrinating children to hate. They want to turn our school-age children into haters. And frankly, those words that you just saw, are Democratic and teacher’s union talking points: systemic racism, white privilege. You’ve heard that in Joe Biden’s speeches. You’ve heard them when they talk about criminal justice reform. Those are Democratic talking points being pushed to our schools to indoctrinate our kids, to become haters. I want to be clear: besides being a school teacher, I’m a civil rights lawyer. And I want to say this as clearly as I can. Systemic racism and institutionalized racism do not exist, those are lies, and those are conclusions without facts.

This article was written by Fox News staff.